ABOUT
Dr. Zaidan, is a qualified legal advisor, started work as a law clerk at the Supreme Court and Court of Cassation. Until the year 2000, he was also a lecturer and researcher in letters of credit and banking guaranties at the Arab Countries Center for Research and Studies. Both Dr. Zaidan’s undergraduate and graduate degrees, respectively from the University of Jordan, Aberdeen University and the University of London enhanced his knowledge in the fields of international commercial law, the Lex Mercatory, construction law, commercial arbitration and the law of contracts. They further gave him the skills and capabilities to conduct academic methodological research, both on the quantitative and qualitative levels.

Dr. Zaidan was also appointed as Manager of the International Relations Department and Legal Advisor to the Jordan International Law Group. During his private practice career, he worked extensively on insurance, particularly maritime claims, international finance and trade law as well as general commercial and contractual work. Dr. Zaidan is specialized in drafting and studying different kind of commercial and legal contracts, with long stand experience in the fields of financing and related agreements, construction agreement and those related to intellectual properties and franchising. He has advised several renowned companies in the Jordan and elsewhere during their negotiation with the International Financing Corporation (IFC), to finance their expansion, participating in drafting and preparing all the agreements related thereto. He is and did represent many manufacturing companies in the Middle East Region in matters related to their factories’ construction and/or expansion, one of which was for the construction of 140000 Sqm home appliance factory, starting with the pre-contractual stages, preparing the tender documents, drafting the contracting agreements and in some cases representing the owner in their litigation and/or arbitration proceeding against the contractor.

During the year 2004/2009 Dr. Zaidan was the head of Winter International Group (A multi-national company with representative offices all over the Arab world) legal department.  Dr. Zaidan has led the legal team that advised several banks from Jordan and elsewhere in the largest syndication loan in Jordan and is still advising and representing the banks in their relationship with the borrower as well as he advised several banks in the process of acquiring all the share capital of other operating banks in Jordan and elsewhere.  He has been also appointed as advisory board member for many leading companies that are specialized in green energy investments both in Germany and U.A.E.

Dr. Zaidan has served as a co-arbitrator in many arbitration proceedings in K.S.A, Jordan and U.A.E as well as the chairman of the arbitral tribunal in many other cases, that involved claims between the contractor and the owner in construction sector, or between the contractor and the sub-contractor. Many of said arbitrations were conducted pursuant to the rules of international institution such as the ICC, LCIA & DIAC. Also, he is current serving as a co-arbitrator in different arbitral tribunals in K.S.A and Jordan.

CORPORATE TRANSACTIONS
Dr. Zaidan undertakes and prepare the legal due diligence for the acquisition of Jordan Aircraft Maintenance Company and Jordan Air motive Limited Company. Dr. Zaidan undertakes the require transactions to register and establish a home appliances factory in Jordan for one of the leading home appliances manufacturers in the Middle East (NIIC), which worth for 300 Million USD. Tal Al Ruz Land Development Project in Syria: Drafting, reviewing and studying all kind of legal documents, contracts related to the project, which includes development and construction of thousands of housing units and other related infrastructure and utilities. The assignment involved providing all legal services regarding said project. Ajloun Project:  Dr. Zaidan been appointed by the PA company to advise them and other parties and govern mental Jordanian agencies to consult them with regard the application of the Jordanian legislations  related  to  lands,  directly  or  indirectly,  as  well  as  to execute an extensive study about the implication of said legislation on the announcement of Ajloun as a Private Development Area and the legal obstacles that may free said project. During the process of our representation for PA Company we have had present to several Jordanian governmental authorities as well as the prime ministers our legal findings including our recommendations and solutions to the obstacles that face the implementation of Ajloun Project.
BANKING
Dr. Zaidan has been appointed by the Bank as its legal advisors for a Syndicated Loan of the amount of 300 Million USD. The Bank was the leader of the Syndication. We drafted all kinds of agreements & contracts related to the syndication loan including Term Facility Agreement, Global Assignment Agreement, Global Secured Accounts, Possessive Mortgage Deed, Property Mortgage Deed, Assignment of Receivable Agreement etc. The Syndication was approved by all other banks & signed by all the relevant parties. we have also the recently undertake and prepare, on behalf of the Bank and for its’ benefits a legal due diligence for the acquisition of another bank in Jordan. Dr. Zaidan undertakes and conclude the required procedures and negotiation to award a USD Nine Million loan for one of the leading Manufacturing companies in Jordan from the International Financing Corporation (IFC). Dr. Zaidan prepares and files a corporate bond prospectus including the term sheet for the amount of USD Fifty Million for one of the leading public shareholding companies in Jordan
MEMBERSHIPS
Dr. Zaidan is a member of the following bars and associations, Jordanian Bar Association since 1997, the Arab Bar Association since 1997, International Bar Association, the Arab Society for the Protection of Intellectual Property and the Jordanian forum for Corporate Governance, Arab Association for Arbitration (Affiliate of The Arab League), as well as the Advisory Board of several renowned companies in the Jordan. Dr. Zaidan had been also elected as one of the advisory committee members for PraeLegal, one of the largest WORLD WIDE LEGAL SOLUTIONS that aim to meet the needs of its’ clients in all specialty of law, in any jurisdictions in the world with commanding in-depth knowledge of the local laws, customs and judicial systems, which provides its clients to access global legal resources through its vast network of well-established 252 law offices in trade centers in 142 countries.
PUBLICATIONS
Dr Zaidan has many publication and piece of legal work , which among them the following are worth to be mentioned, Comfort letter : is it legally binding?, Retention of Title & Romalpa Clauses, Letter of Credit and Performance Bond and the question of autonomy?, Proposed Solutions to the Problem of ‘The Battle of Form’ in Contract Law, The Dematerialization of Commercial Papers, The Duty to Disclose Material Information in Insurance Law, The Duty to Mitigate the loss, The New Lex Mercatory and The Legal Duties of Insurance Brokers
CONFERENCES AND PAPER WORKS
Dr. Zaidan has participated in different conferences and submitted papers on some of said conferences in different subjects of law including, the new ICC Rules of Arbitration – Expedite Procedures, DAP in FIDIC Contracts, concluding contracts using electronic means, contemporary methods in solving commercial disputes and investment in Arab countries, alternative despite resolution, GST Law and its impact on Local & International Investments, use of ADR in insurance disputes, corporate governance, development of transportation in the Arab World 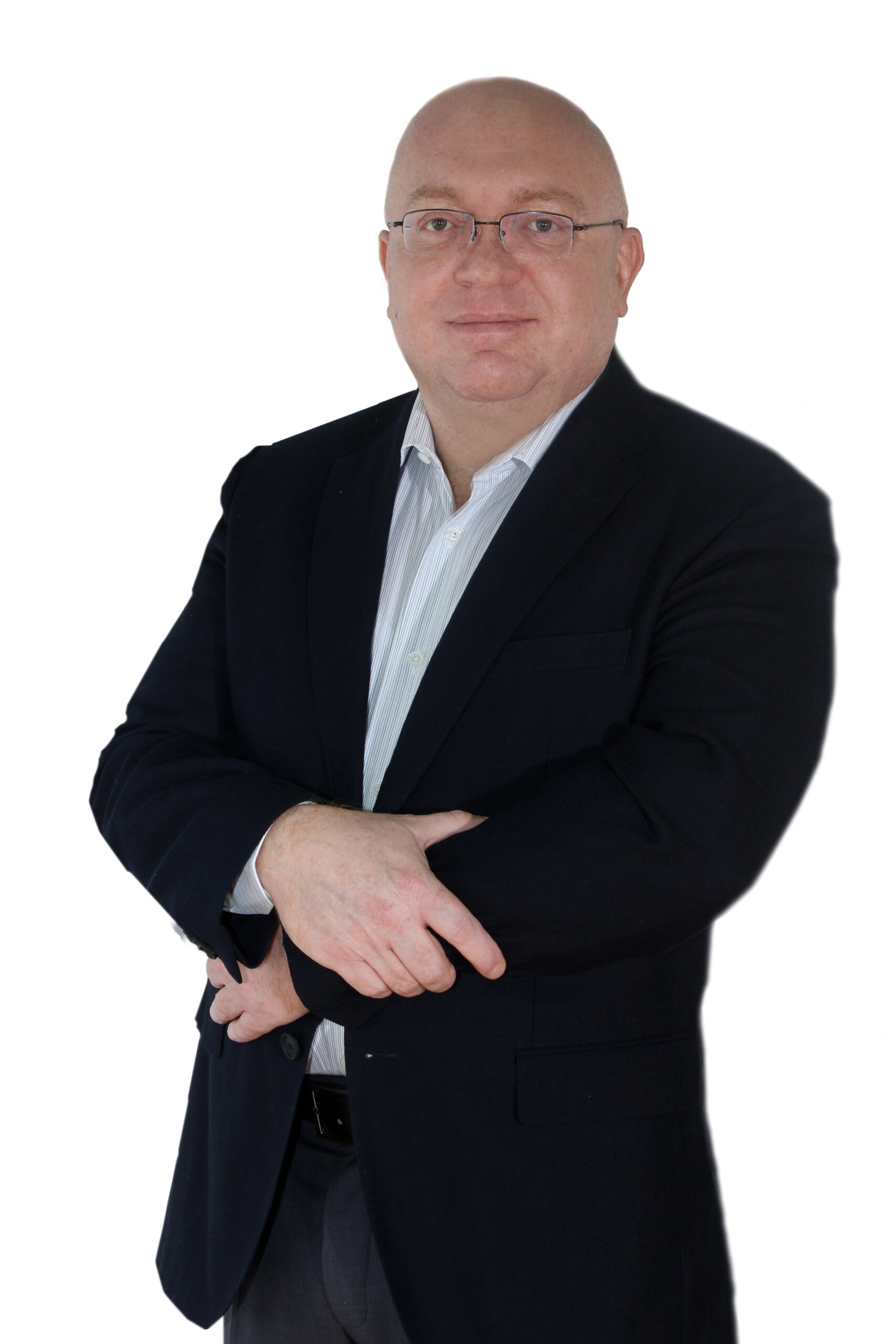