Legal aid benefits more than 15,000 people in Abu Dhabi amidst the pandemic

As many as 15,000 people in the Abu Dhabi region have availed assistance via legal aid since the pandemic outbreak. The move to make a shift to online services has resulted in better access to justice. The Abu Dhabi Judicial department informed that the number of people who managed to gain financial support for proceedings increased due to the outbreak.
Making a move similar to other sectors operating all across UAE, the department proceeded to enhance its digital presence as part of an action to implement measures to curb the spread of the virus. Khamees Al Qubaisi, who serves as the head of the lawyers’ and experts’ department at ADJD, said that answers could be received by submitting a query on the website. He also added that alternately the people could contact the call center form where they will be directed to legal guides
Al Qubaisi opined that more people were assisted with answers to their queries. He termed the services to be not only convenient but also easy to use.
After the pandemic is brought under control, the next move for the officials would be to consider ways to serve the public best. He also added that a study will be undertaken to develop legal aid in ways that match the beneficiaries’ needs and how they would like to receive the services.
The legal aid section’s history dates back to 2011 when it was established by the ADJD to offer free legal guidance and lawyers for those who could not cover the costs financially. The last year alone saw 190 lawyers being appointed for these cases. Suppose the legal aid section receives a request. In that case, it asks lawyers registered with their department if they are willing to volunteer and represent the case. As of now, up to 1055 lawyers are registered with the ADJD.
However, cases that make it mandatory for a defense attorney’s appointment, such as charges resulting in life or death senses, the department pays the lawyers to pursue such cases. Offenses that fall under this ambit include murder, rape, kidnapping, drug dealing, and adultery.
The department has paid an amount of more than Dh1.4 million for 250 such cases in the current year. During the previous year, Dh2 million were paid for 442 cases. 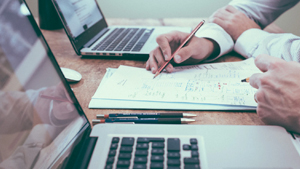