The Carrier’s Responsibility in General Average

Let us consider the circumstances in which the GA act can occur by analyzing Rule A of the York/Antwerp Rules, 1974:

“Rule A ____ There is a general average act when, and only when, any extraordinary and reasonably made or incurred for the common safety for the purpose of preserving from peril the property involved in a common maritime adventure. “

The meaning of this term was illustrated in “Harrison vs. Banal of Australasia (1872)”. The vessel was in danger of sinking having encountered very heavy weather during which she sprang a leak. Steam operated pump was used to keep the vessel afloat but after a prolonged period of use the coal supply was exhausted. The master order ship’s timbers to be burned as fuel for the donkey engine serving the pump. The owners claimed that this constituted a GA act on the grounds that the timbers had been extraordinary sacrificed. The court upheld this contention, but denied that damage to the donkey engine should be included as GA and held also, that the cost of coal purchased to complete the voyage should not be allowed as part of the GA loss.

Although Rule A of the York/Antwerp Rules, 1974, does not mention the word “Prudent”, this requirement is embraced by courts of law to be an essential part of a GA act. Therefore, where it is found that property imperiled in a common adventure as imprudently sacrificed such loss or damage would not be allowed in general average.

The sacrifice or expenditure must be for the benefit of all the interests at risk in the common adventure. An expense incurred for the sole benefit of one interest in the adventure would not be allowed in general average.

For a general average act to apply the adventure must be in peril or be threatened by an imminent peril. It is not sufficient that he master feared the existence of a peril when he took the relevant measures to preserve him adventure. The peril must exist in fact at that time and, although it need not be actually present, it must be imminent in relation to the adventure. The peril must be “substantial and threatening and something more than the ordinary perils of the sea.

So far as insurance is concerned no claim for GA loss would be admitted where the peril was not insured by the policy. However, apart from insurance, any real peril can give rise to a general average loss.

Returning to the subject of preserving the adventure from peril, we cannot over emphasize that the peril exists, and he may argue that any reasonable person would have taken the same measures as he did to preserve the adventure, but if, with hindsight, the facts show no peril existed there can be no general average act.

Where only one interest is involved in the adventure there can be no general average.

No matter how good intentioned the master was in taking the measures to preserve the common maritime adventure from loss, no provision can be made in general average where he fails in the attempt. As an example let us consider a situation where the ship has stranded. In order to lighten her cargo is discharged into barges so that she can be re-floated on the next high tide. Despite this action all efforts to re-float the ship fail and, although much of the cargo has been saved, the adventure is lost. There is no general average and the carrier must bear the expenditure as a particular charge on freight

A similar situation arises where cargo is jettisoned to prevent the ship from capsizing in heavy seas. This would be, on the face of it, a GA sacrifice but if the ship, with the remaining cargo, foundered before the common maritime adventure could be terminated there would be no general average, Following the same principle, any cargo which is lost subsequent to the GA act but before termination of the common maritime adventure does not contribute to make good the GA loss.

The ship’s master represents his employer in his obligations to take care of goods being carried on board. In this respect it is the responsibility of the master to take such measures as are necessary, reasonable and prudent to preserve the adventure in time of peril. If the master has reason to believe that the actions he has taken constitute a general average act he must take the necessary steps to protect his employer’s interests and he or the owner’s agent, representing the carrier, must take measures to enforce contributions from the cargo owners to make good the GA loss.

If the carrier takes no action to enforce contributions from cargo owners, to make good the losses suffered in a GA act, he must make good such losses himself: thereby bearing his own expenditure and compensating those property the master has sacrificed. To prospect his employer, in this respect, the master enters the ship as “under average” on arrival at the place where the adventure is terminated. The carrier appoints a GA adjuster top handle the GA adjustment, collect the contributions and distribute the GA fund to the parties entitled thereto.

Once the ship is entered “under average” the carrier is entitled to exercise a maritime lien on the cargo and, having discharged the goods, to retain them in safe place of storage until the appropriate consignee, in each case, sings a general average agreement. By signing the agreement the consignee undertakes to abide by the decision of the average adjuster and to pay a contribution, eventually assessed against the goods, towards the GA fund to make good the losses suffered by the parties in the adventure who were prejudiced by the GA act. The Agreement may allow the carrier to draw his GA expenditure from the GA fund without waiting for the final adjustment to be completed. There is no direct liability on marine underwriters to reimburse the hull assured for GA expenditure so, if no arrangement is made in the GA agreement to entitle the carrier to immediate reimbursement of the final adjustment to recover his loss.

To discharge the carrier’s lien and to obtain delivery of the foods, the consignee must either pay a GA deposit or furnish a GA guarantee. Cargo underwriters often agree to pay the deposit, although cargo policies make no provision for this; the underwriter’s liability being only for the eventual contribution attaching to the policy. It is customary, therefore, for cargo owners to discharge the lien by presenting an acceptable guarantee to the carrier.

In fact, when asked for GA guarantee a cargo underwriter, except where the policy incorporates a “GA in full” clause, will limit the guarantee to ensure that the policy does not pay a contribution in excess of the correct liability attaching to the policy. 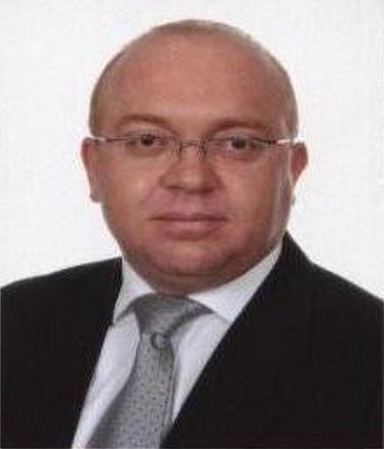